Force Defenders are tanks among Jedi. With high defenses and outstanding abilities, they can take an incredible amount of damage in any situation (culminating in the ability to completely avoid incapacitation). Force Defense is the only Jedi discipline that grants any form of defense to a Jedi (aside from Lightsaber's saber block), and thus is essential to nearly every Jedi template.

This profession requires 89 skill points to master, XX of which go towards prerequisites.

Totals shown at the Master level

Jedi Innate Armor grants Jedi an armor effectiveness comparable to high-end armor suits. The level of protection is equal to a character's skill modifier times 10. A Master Defender thus has innate armor with a rating of 7000, and a Jedi with no Force Defense has an armor rating of 2000 (due to the Jedi Initiate skill). 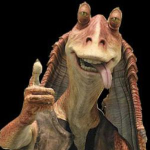